Bank of Canada to Decide on Interest Rate Hike

On Wednesday at 15:00 GMT, the Bank of Canada’s Governing Council is set to announce either a 25 or 50 basis point hike in an attempt to slow demand and bring inflation back towards its 2% target.

During the October meeting, the message out of the governing council was that the Canadian economy continued to operate in excess demand, labor markets remained extremely tight and underlying price pressures had not yet shown any meaningful signs of abating.

The picture has not changed materially in the time that has passed since. Inflation sits at 6.9%, more than three times the Bank’s 2% target and, more worryingly, price pressures are broad-based with two thirds of CPI components increasing by more than 5%. The labor market has also gone from strength to strength despite having hiked rates by 3.5% since March. Last week’s employment data added 10k jobs on top of October’s massive 108k addition.

Relatively speaking, Canadian inflation could be a whole lot worse and has fared a lot better than the UK, US and Eurozone. 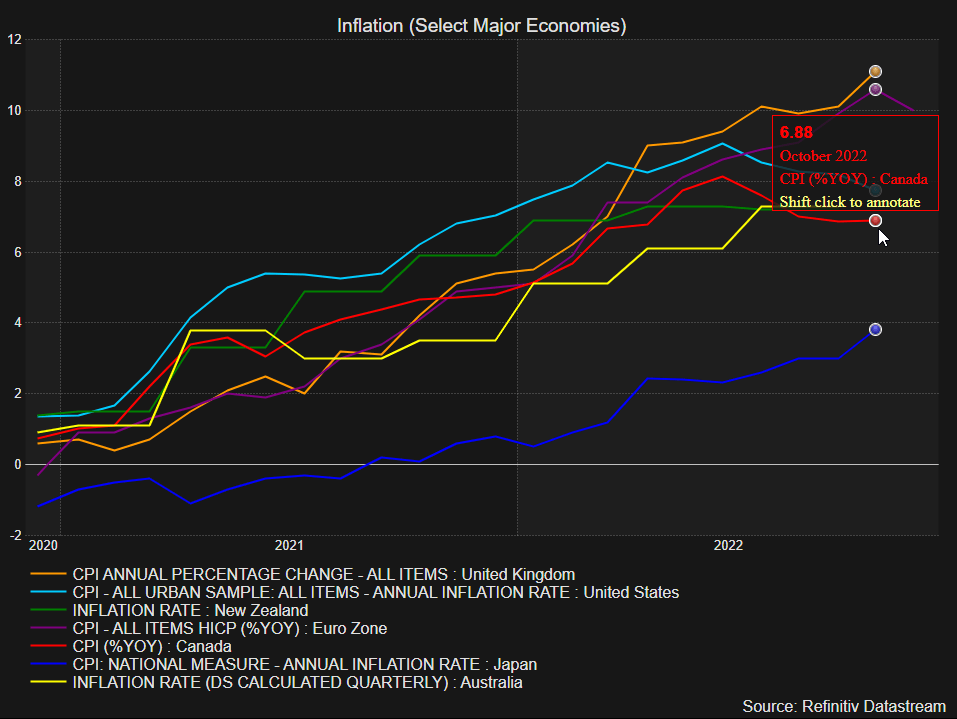 In addition, sectors of the economy that are more sensitive to interest rates are showing signs of the effects of the accumulated rate hikes. Sellers have been putting off listing their homes on the market in hopes of a spring rebound in house prices, while first time buyers are finding it even harder to qualify and service mortgage repayments. The image below reveals the sharp decline in home sales, which has dropped below the 10 year average. Actual home prices, however, remain elevated but have cooled slightly. 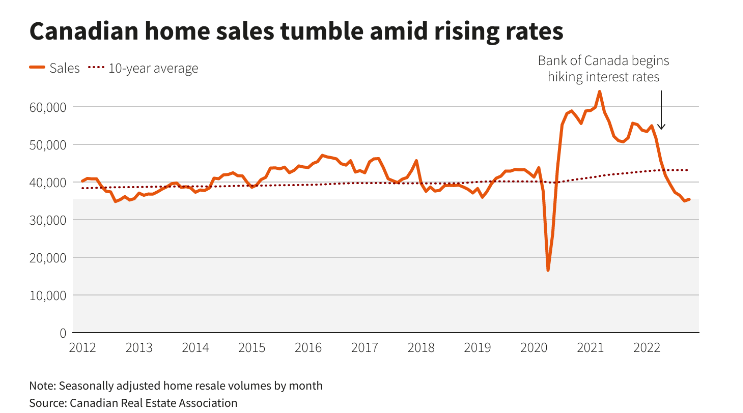 Therefore, forward guidance out of the Bank of Canada will be key for the housing market. Members of the BoC have mentioned that we are nearing the end to the rate hiking cycle but it remains to be seen how high above 4% the rate will remain. 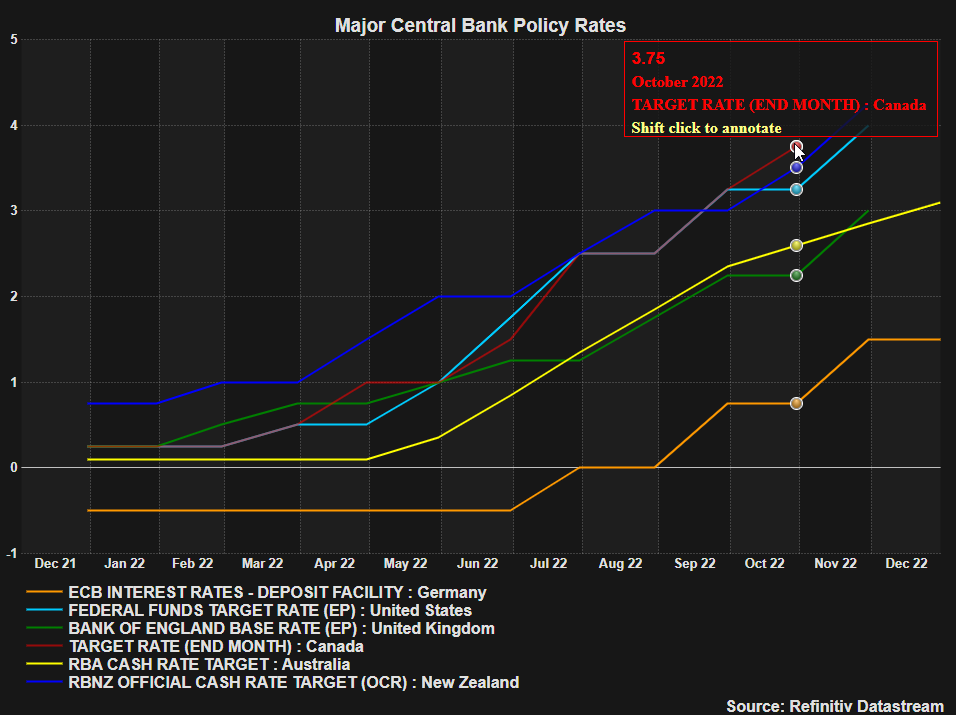 Short Term Opportunities in Play as Markets Sit on the Fence

Current market expectations sit right in the middle of the two most likely outcomes at 32 bps meaning one way or another, a 50 or 25 bps hike is likely to result in a repricing of the Canadian dollar, up or down. While this appears obvious, it favors shorter-term trading setups as the readjustment window is unlikely to result in any significant long-term momentum.

The Canadian dollar has disappointed in the lead up to the BoC decision when it is taken into account that the dollar has depreciated against other major currencies like the euro, pound and even the yen. Therefore, a 25 bps hike would favor a bullish continuation above the 61.8% Fibonacci retracement of the 2022 major move(1.3651) while a 50 bps hike could see price action consolidate around the 61.8% Fib level 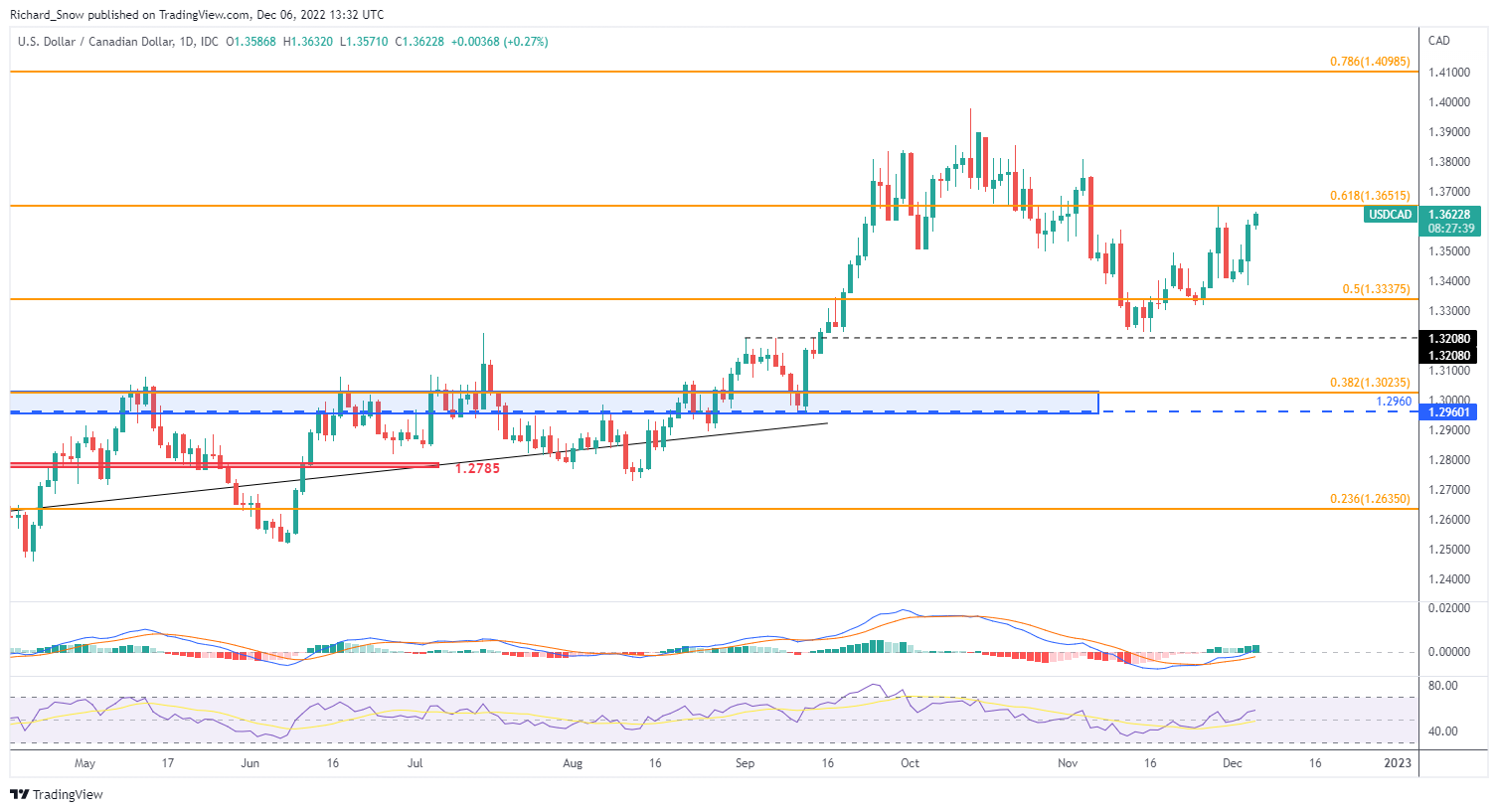 GBP/CAD has also exhibited a strong bullish advance after the September spike low and is now showing mixed signals ahead of the 78.6% Fib retracement of the major 2022 move (1.6670). The RSI places the pair at overbought levels while the MACD reveals that upside momentum is still strong.

Again, with the pair at a significant level of resistance, a more hawkish 50 bps hike favors a short-term consolidation or pullback. The 25 bps outcome however, could see another attempt to trade above the 78.6% Fib level 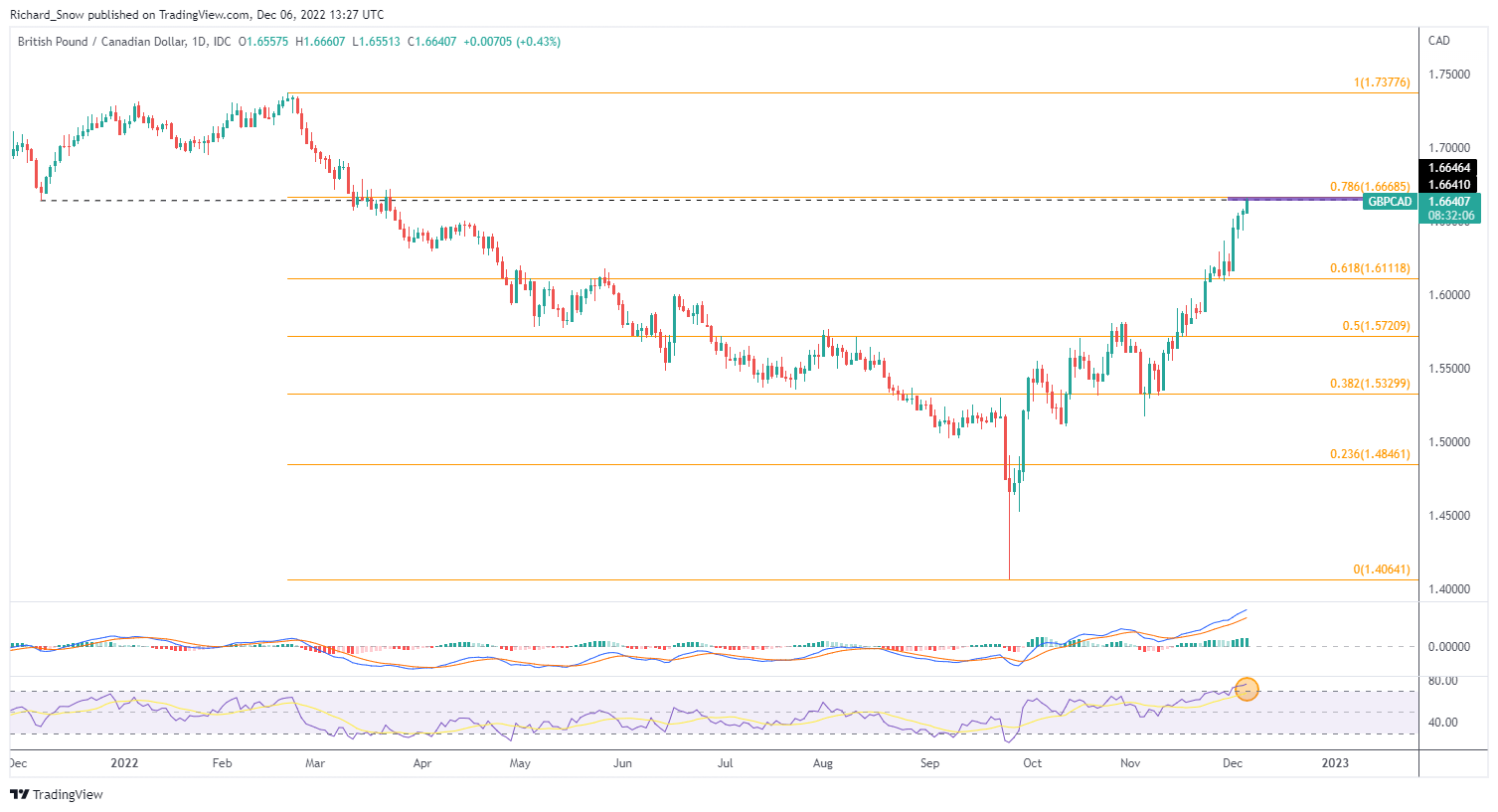 FBI Paid Out $42 Million a Yr to Confidential Human Sources

A European Debt Disaster Is Bullish For Bitcoin – Bitcoin Journal