The Japanese Yen broadly underperformed against its major counterparts on Monday. In fact, USD/JPY surged about 1.8 percent. If you look at the average daily performance since 2020, that was over +3 standard deviations from the average. In other words, such an event is very rare and often occurs when extended markets have a moment of realization.

A closer look at the chart below shows that USD/JPY climbed throughout the day as S&P 500 futures weakened and Treasury yields gained. The haven-linked US Dollar also soared on Monday. Newswires attributed this partially to the ISM Services Index unexpectedly beating expectations, clocking in at 56.5 in November from 54.4 in October. 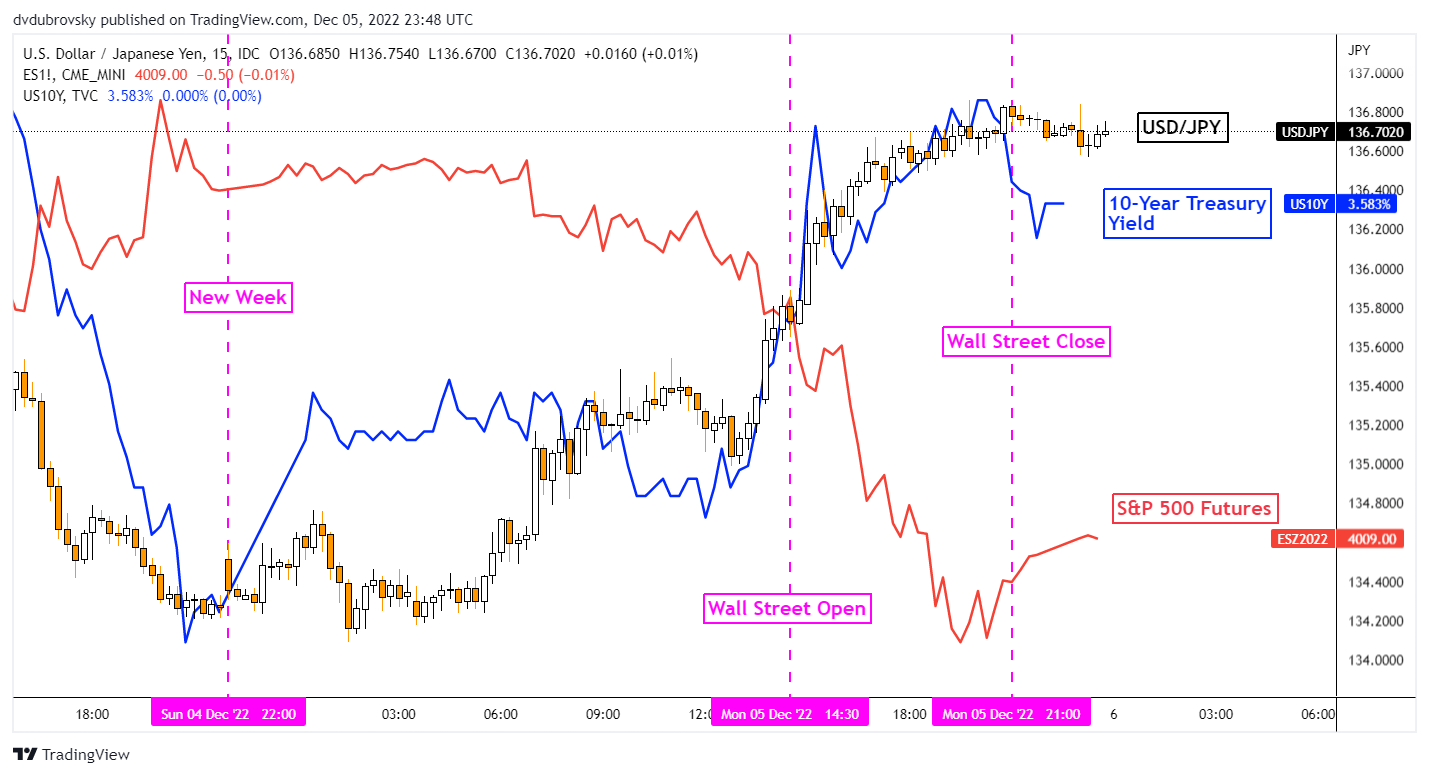 With that in mind, the decline in the S&P 500 could allude to a rather disappointing session for Asia-Pacific markets on Tuesday. That is placing the ASX 200 at risk, which is also awaiting the Reserve Bank of Australia rate decision. The RBA is seen raising rates to 3.1% from 2.85% prior, continuing the slower pace of tightening. Softer October inflation could also underscore the case for a slower path of raising rates. That may bode ill for the Australian Dollar while benefiting the ASX 200.

On the daily chart, USD/JPY has left behind a Bullish Engulfing candlestick chart pattern. Further upside confirmation could open the door to reversing the downtrend since the middle of October. Keep a close eye on the 20-day Simple Moving Average. The latter could hold as resistance, maintaining the downside focus. Otherwise, breaking back under the 78.6% Fibonacci retracement at 135 opens the door to downtrend resumption. 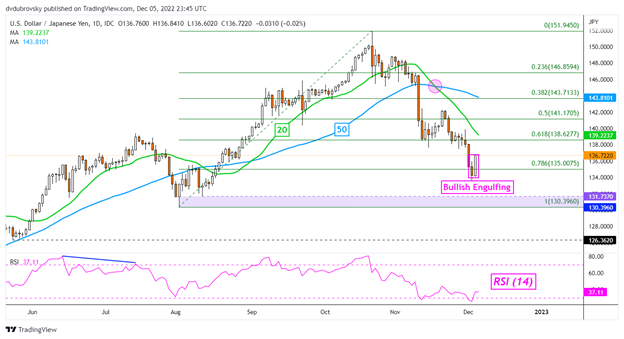 buyers trapped by the collapse of Genesis

“I Do not Need You to Fear About Paying for Nothing”