The Australian Dollar remained steady after the Reserve Bank of Australia (RBA) raised the cash rate target by 25 basis points (bps) as anticipated to 3.10% from 2.85%.

This brings the monetary policy tightening total for this cycle to 300 bps since May. Going into the meeting, the market was somewhat undecided with 16 bps priced in by the futures market. The majority of respondents to a Bloomberg survey forecast a 25-bps lift.

Some parts of the market were looking for a potential 15 bp rise to make a nice round figure of 3.00% for the cash rate. The RBA have previously indicated that they are not concerned about the rate being a round number.

The domestic backdrop to today’s move by the bank is somewhat muddied after mixed signals coming from inflation gauges.

For the first time, the Australian Bureau of Statistics (ABS) published a monthly CPI figure last week. There will be two such releases between the quarterly figures. These prints will cover 62-73% of the weighted quarterly basket. More details can be read here.

The official CPI reading for the RBA’s target band of 2-3% will remain as the quarterly number. The monthly CPI print from last Wednesday showed 6.9% year-on-year inflation in October, way below forecasts of 7.6%.

This is in contrast to the broader third quarter inflation read of 7.3% year-on-year to the end of October instead of 7.0% anticipated and 6.1% prior, an acceleration in price pressures.

An interesting component in today’s accompanying Monetary Policy Statement (MPS) was that the monthly CPI was cited and noted to be too high.

The bank maintained that they expect inflation to peak at 8% toward the end of this year. They also reiterated their somewhat sanguine view that current high inflation is temporary.

Today’s decision is the last by the RBA until February next year and the setting might have been impacted by the lengthy gap between meetings.

Three hours before the change in rates, the ABS released current account figures that revealed a AUD -2.3 billion deficit for the first time since the first quarter of 2019.

A healthy trade surplus has been offset by a record income deficit, that has been largely attributed to dividends paid by miners to offshore entities.

Overnight, perceptions of the Fed getting serious about rate hikes saw a reversal of fortunes across many asset classes with AUD/USD tumbling in the process.

Looking ahead, The Federal Open Market Committee (FOMC) meeting on December 14th could be a crucial driver for AUD/USD. In the interim, it appears that Fed commentary might be the focus for market gyrations across several markets.

The full statement from the RBA can be read here. 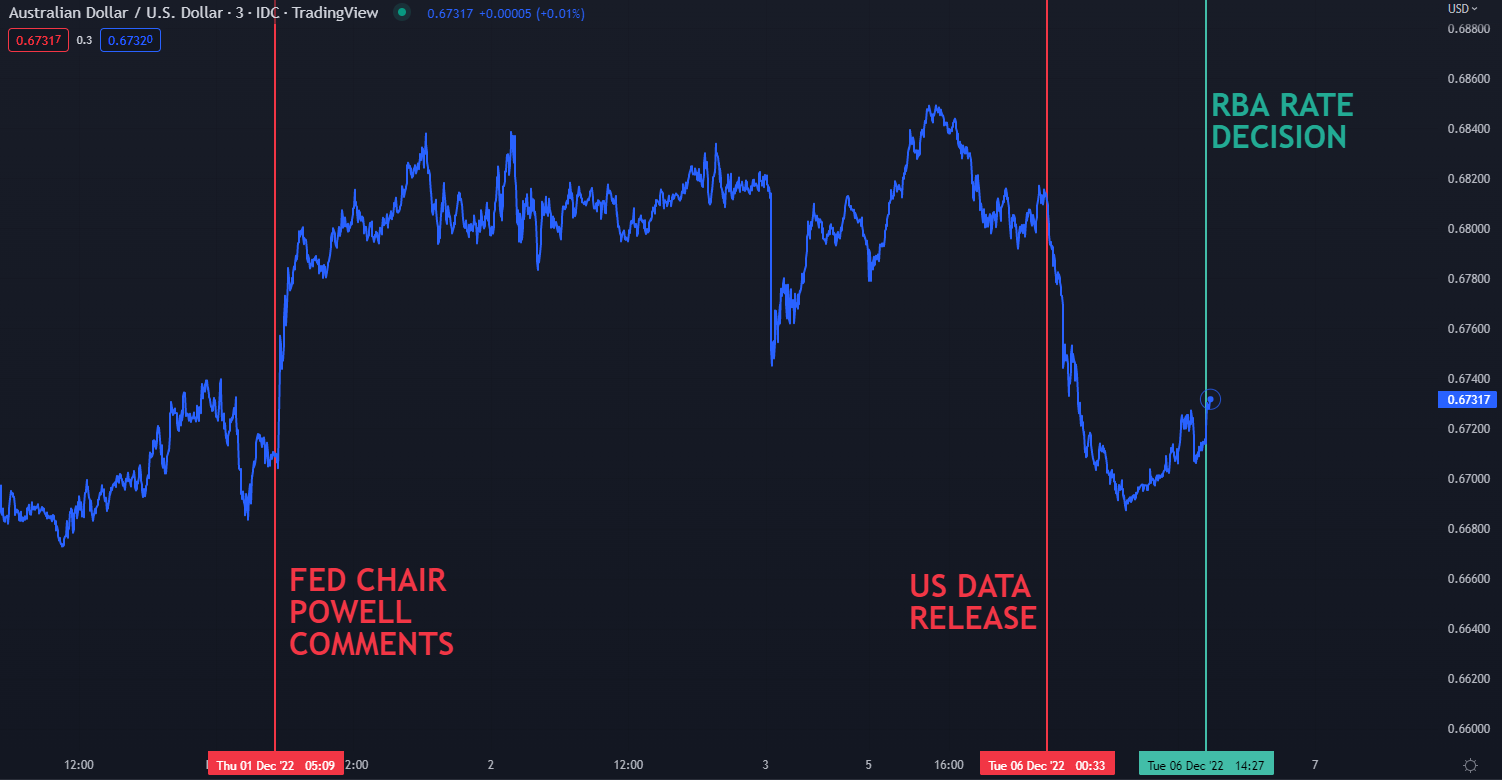 US Greenback Blazes Larger on Strong Information as Geopolitics Play Out. The place to for USD?

Inventory Market Overview for the Week of July 25, 2022

Again To College? Not So Quick – Some Academics Unions Going On Strike