The Metaverse is not yet for everyone – that’s probably the most important lesson learned the hard way by the European Union after a party it threw that cost more than an arm and a leg ended up as a one major snoozefest.

The gala was supposed to be “fun with music” and intended to spark the interest of young people on the digital and augmented reality realm.

On Tuesday, the foreign aid department went through with its “virtual party” that was burdened with the mission to invite the youth to explore the so called limitless potential of the metaverse.

Despite spending €387,000 (around $400,000), the department ended up having a humiliating experience as there were only six individuals who turned up at the metaverse party.

Among them was Vince Chadwick, a Devex correspondent who minced no words in saying the activity was an “immediate flop.”

Sharing his experience, Chadwick said he encountered a total of five other participants whom he had puzzled  (more like Duh?) exchanges with. 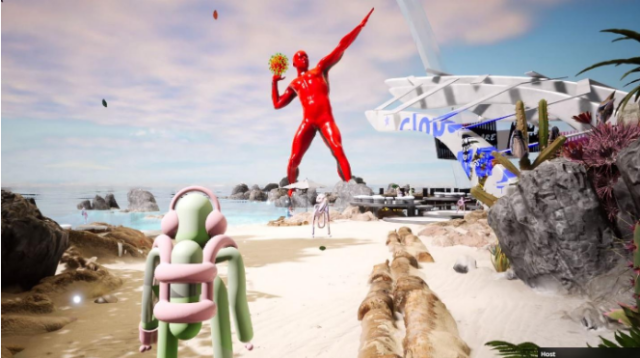 The correspondent also shared a short clip on Twitter showing some oddly shaped avatars dancing on a stage next to a tropical beach.

“The concert is just the same DJ spinning the same music,” said one of the messages on the screen while another was asking if there was “anybody out there.”

A Setback For An Ambitious EU Metaverse Plan

The lifeless virtual gala that leveraged the power of the Metaverse turned out to be a vital component of the Global Gateway Initiative of the European Commission aiming to devote funds of up to €300 billion to put up various infrastructures in developing countries by the year 2027.

With an official trailer that was dropped on social media as early as mid-October, the activity was supposed to be an exciting and out-of-the-ordinary means for the youngsters to explore the initiative.

The commission said they hoped that a series of hero stories in a virtual environment and drones carrying words such as “education” and “public health” as well as an open book art installation on a liquid floor and participants having the ability to walk on water would help their cause.

A spokesperson for the project disclosed that the project was targeting young individuals who spend much of their time on other social media platforms such as TikTok and Instagram as they want to increase their knowledge about what EU does on the global stage.

Seriously? There is a massive drought in East Africa, UNHCR doesn’t have enough funds for food for refugees in camps, etc etc and THIS is what you choose to spend money on?

Gala Already Doomed Even Before It Started

It turns out some internal staff of the department didn’t have confidence that the metaverse shindig would be a rousing success despite the amount of money spent to make it happen.

Accordingly, there were some insiders that went as far as to describe the metaverse party as “digital garbage” and “depressing and embarrassing.”

Moreover, when its trailer was released, some Twitter users bashed the idea and questioned the choice of the EU where to spend its money when there is massive drought in East Africa and the UNHCR having funding problems for camp refugee foods, among many more others. As The FTX Collapse Reveals, Time, Cash And Individuals Could Change However Liquidity Crises...

Inventory Splits: Are They Good or Unhealthy?