It had seemed as if the market had ‘spoken’ in terms of what matters fundamentally for the broader financial system Wednesday afternoon. The sharp rally in risk-leaning assets that was led by the S&P 500’s charge above its 200-day moving average following the remarks made by Fed Chairman Jerome Powell seemed to imply that a more temperate rate forecast would be the driving fundamental light moving forward. And yet, further support for a softening course for the central bank before the New York open Thursday was all but ignored by what had previously seemed an enthusiastic crowd. The easing of the headline PCE deflator from a 6.3 to 6.0 pace may have been preempted by the November 10 CPI release or Powell’s comments, but the fundamental activity of late has been more sentiment than technicality of the data itself. The break from the S&P 500 (as the stand in for risk) likely had more to do with the exceptionally narrow range the market was carving and was more a ‘break of necessity’ with a catalyst urging the move. Follow through though wouldn’t find true inspiration from the fundamental backdrop. That said, the dip into complacency that is insinuated by the VIX as it has slipped below the 20 handle registers as exceptionally complacent in my book. Traders would do well to stay alert to a December volatility event this year as we had seen back in 2021, 2020 and 2018. 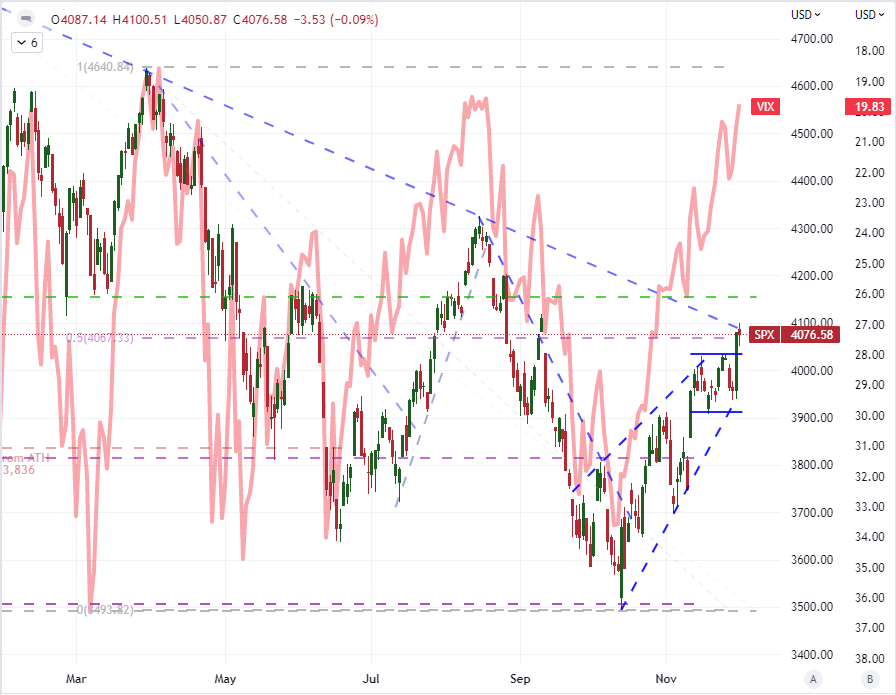 One market where there was some traction despite the stall in sentiment was the move lower for the US Dollar. The Greenback notably held up fairly well in the immediate aftermath of the Powell remarks, but new lows follow through the Thursday session. In fact, the DXY Dollar Index marked the occasion of its first break (close) below the 200-day moving average in 380 trading days – ending the longest stretch above the trailing measure on record. While the outlook for sentiment doesn’t look particularly appealing between an extended higher rate environment and the heightened risk of recession, the relative advantage for the Dollar does temper moving forward as the rate regimes and growth potential of its major peers level out in fairly similar levels. 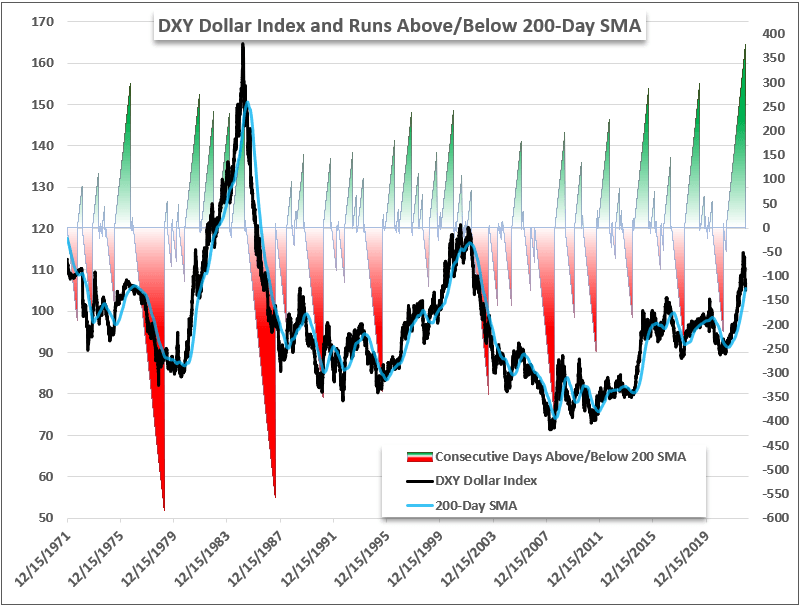 When it comes to comparing the Dollar to its major counterparts, the USDJPY is perhaps one of the most interesting of the crosses. Technically, its staggered but progressive turn from the four-decade, 150 peak is very interesting . The next level of support is the 200-day moving average which happens to align with a longer-term Fibonacci level and the former high from 2002 all falling around 135. Fundamentally, the contrast from the Japanese monetary policy picture is all but anchored. The BOJ essentially cannot be more dovish relative to the Fed, but it can potentially firm up its outlook. That places more of the emphasis on the US monetary policy picture which is leveling out. I am also interested in the relative rate implications of pairs like EURUSD as the ECB is urged to close the gap to the Fed and carry crosses like USDCAD. 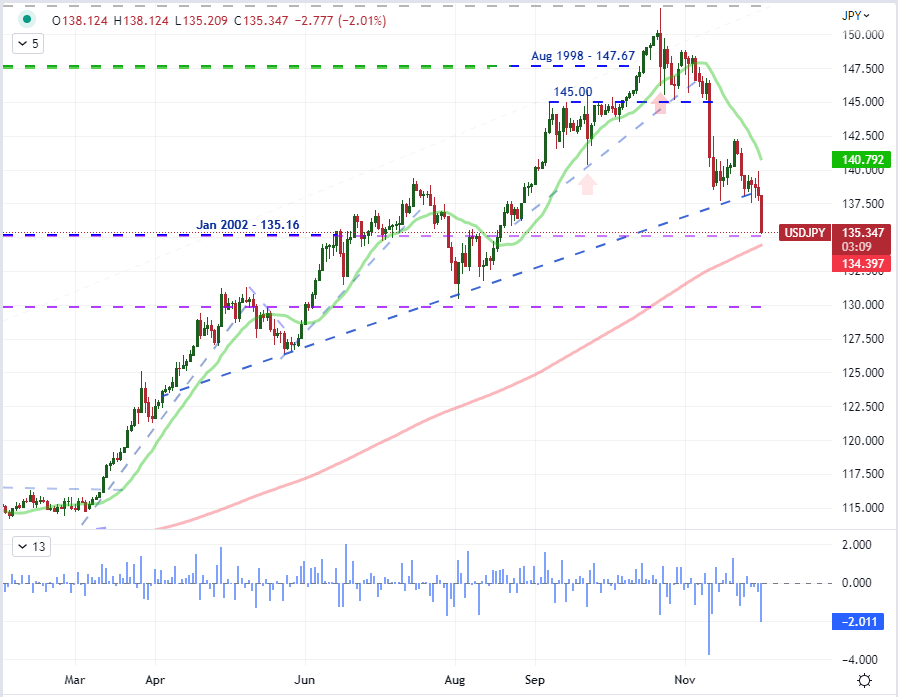 With the confusing fundamental backdrop, the final session of this week will have quite the interesting mix of possible scenarios. There is one principal event that most people will be watching, but its ability to move the market – and in which direction – will be somewhat complicate. The November nonfarm payrolls (NFPs) can be interpreted in wildly different ways depending on what bias is prevailing in the market. Had the PCE deflator’s slowdown fed off the bullish ‘risk’ appetite following Powell’s remarks, I would have said the employment report could have been seen as supportive of capital markets in most scenarios. Considering that didn’t happen, there can be an array of different outcomes. Should the payrolls come in significantly better than expected – against the ADP, challenger cuts and ISM manufacturing employment component performance – the perspective is more likely to be that the Fed will stick to its higher terminal rate pledge. If it is modestly weaker than expected, it could play up the expectations for a lower peak rate and reinforced the 50bp hike forecasted in two weeks. If it is sharply worse, it may shift the focus to fears of a recession and bypass monetary policy assessments altogether.

Brazilian Election on Sunday – How State Persecution In opposition to Conservative Media Has...

Easing inflation knowledge within the Eurozone to dampen the Euro – Commerzbank

Right here is likely one of the causes that they’re introducing...