Mark Cuban believes that cryptocurrencies are here to stay, but also said that disgraced FTX founder Sam Bankman-Fried should be afraid about ending up behind bars.

Since the demise of SBF’s crypto empire on Nov. 11, practically everything has been said regarding the erstwhile multibillionaire and “King of Crypto.”

All The Nasty Names Hurled On FTX Founder

Other crypto investors call him “criminal,” “liar,” and “fraudster,” among other derogatory terms, due to the 32-year old mop-haired company’s downfall.

“I don’t know all the details, but if I were him, I’d be afraid of going to jail for a long time,” Cuban, who owns the Dallas Mavericks NBA team, told TMZ.

Cuban’s impression of the FTX founder after speaking with him was that he was “clever” and had no idea he would utilize other people’s money for his own benefit. 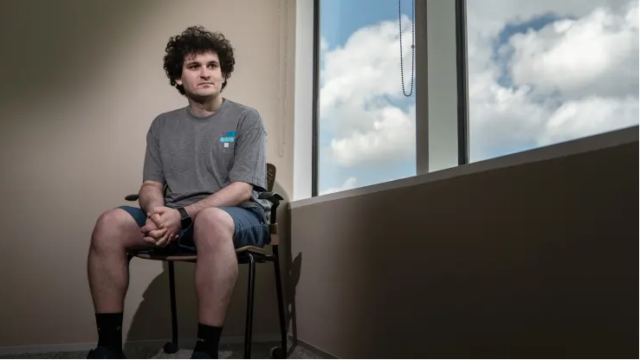 The former FTX executive, however, was labeled a liar despite his intelligent and occasionally modest demeanor. At least, this is what the CEO of Binance, the largest cryptocurrency exchange in the world, was cited as saying.

“I think Sam lied to his employees, his users, his shareholders, regulators all around the world and all the users,” Changpeng Zhao, also referred to as “CZ,” said during a Twitter event on Nov. 14.

Cuban has been a vocal proponent of crypto, in the past declaring popular memecoin Dogecoin was “actual money” and the “strongest” medium of exchange.

Meanwhile, Cuban has not yet lost hope on crypto, saying there is still a ton of value in the digital currency despite the miseries that befell FTX.

According to Cuban – who is an Ethereum maximalist – as long as consumers have realistic options in the crypto realm, he doesn’t anticipate the currency going down the drain.

Sending a Message? – Bobulinski Says Jim Biden Referred to as Him within the...

Will the Japanese Yen Hold Weakening In opposition to the US Greenback?

Bitcoin Value is up 50% Since Paul Graham’s ‘Systemic Danger’ Crypto...

Hollywood Actress Annie Wersching, Finest Recognized For Roles in ’24’ and...

Why Is The Mainstream Media Being So Quiet About The Army...