The USD/CHF is gaining some traction in the North American session, surpassing the 20-day Exponential Moving Averages (EMA) at 0.9949, courtesy of positive fundamental data, opening the door for a re-test of parity ahead into the weekend. At the time of writing, the USD/CHF is trading at 0.9970, above its opening price by 0.63%.

From a technical perspective, the USD/CHF remains upward biased following the pullback from the YTD high at 1.0147 towards October’s 27 low at 0.9841 due to sellers failing to extend the USD/CHF losses below the 50-day EMA at 0.9809, which, could have exacerbated a fall towards the 100-day EMA at 0.9722. Instead, buyers stepped in, reclaimed the 20-day EMA, and are posing a threat of finishing the week above parity for back-to-back weeks. If that scenario plays out, the USD/CHF would be under upward pressure, and with the Federal Reserve’s meeting looming, a challenge of the YTD high could be on the cards.

Short term, the USD/CHF 1-hour chart depicts buyers are testing the 200-hour EMA at the confluence of the R1 daily pivot at 0.9980, which, if broken, could open the door to test the October 25 high and the R3 daily pivot level at 1.0031. It should be noted that the Relative Strength Index (RSI) is still in bullish territory, so buyers have some room to spare. On the downside, the R1 daily pivot at 0.9940 could cap any losses if the CHF strengthens at a specific time of the New York session, which is unlikely to happen as traders brace for the weekend. If it happens, then the confluence of the 100 and the 20-hour EMAs, around 0.9934/30, would be difficult to surpass, ahead of the 0.9900 figure. 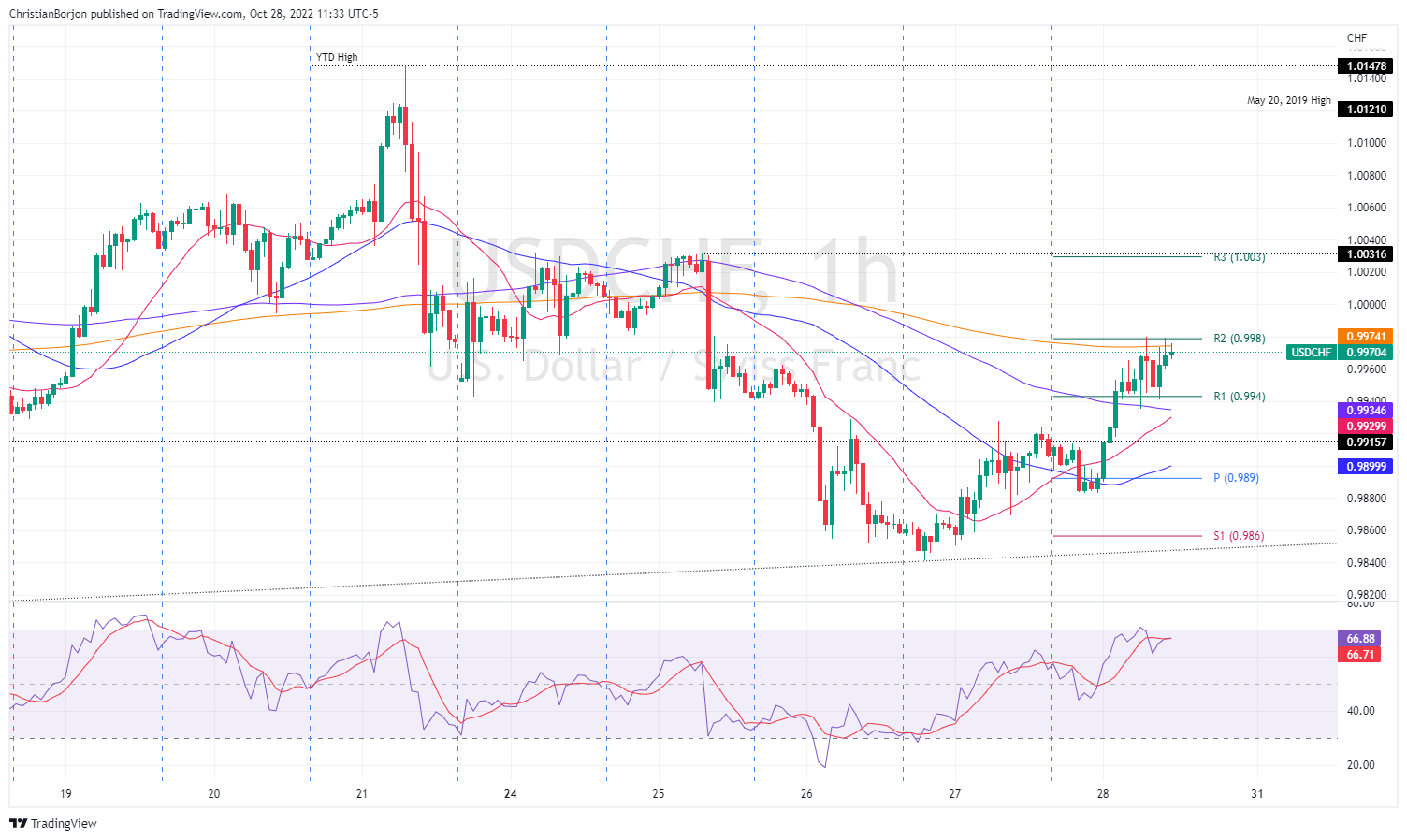 Transgender, Black and Homeless Voters All Say They Remorse Voting For Biden

Cochrane and Coleman: Quantitative Easing and Asset Worth Dynamics