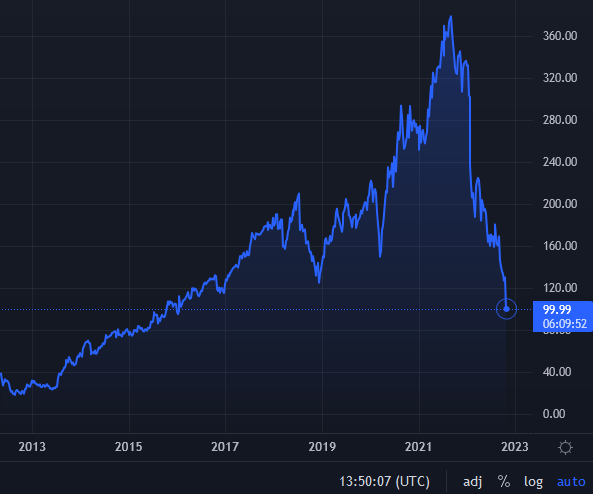 Zuckerberg has really sunk the ship with his Metaverse obsession, not to even mention countless scandals about privacy, botting, manipulation, and the site becoming unusable in general with promoted posts replacing posts by friends. A stunning fiasco – Facebook may finally be going out like MySpace did, but it won’t be remembered as fondly.

(Who the hell greenlighted making one of the most unlikeable people on the planet the face of the Metaverse? Mark’s attempt at replicating James Halliday from Ready Player One is a hilarious failure.)

Right here is likely one of the causes that they’re introducing CBDCs, limitless tax on every thing: “Arithmetic of Taxation: The Magic of Compound...