The euro depreciated against the pound for the fourth consecutive day on Friday, to test the support area at 0.8570 after having failed to breach the 0.8650 resistance area earlier today.

The GBP remains, supported by the Sunak effect

Sterling has remained moderately bid across the board this week, buoyed by the positive impact of the appointment of Rishi Sunak as UK’s Prime minister. His commitment restore economic stability has eased the turmoil caused by his predecessor’s economic plan and has offered a good respite to the GBP.

In the absence of relevant macroeconomic releases in the UK, the Eurozone calendar has failed to provide support to the euro. The preliminary German GDP showed that the first economy of the eurozone has dodged recession, although CPI figures have confirmed that consumer inflation continues growing out of control.

Beyond that, the European Central Bank’s monetary policy decision increased negative pressure on the euro earlier this week. The bank hiked rates by 75 basis points and Christine Lagarde, the ECB chair, reiterated the commitment to continue tightening rates for some time, despite the negative economic projections.

From a technical point of view, the pair is now struggling to breach support at the 0.8585 area, where the 100-day SMA lies. Below here next downside targets would be the downward trendline support, from mid-November lows, now at 0.8535, and the 200-day SMA at 0.8500.

On the upside, a bullish reaction would have to extend past the mentioned 50-day SMA, at 0.8690 to aim for the October 21 high at 0.8780. A confirmation above the mentioned level would negate the bearish trend and open the path toward October 12 high at 0.8870. 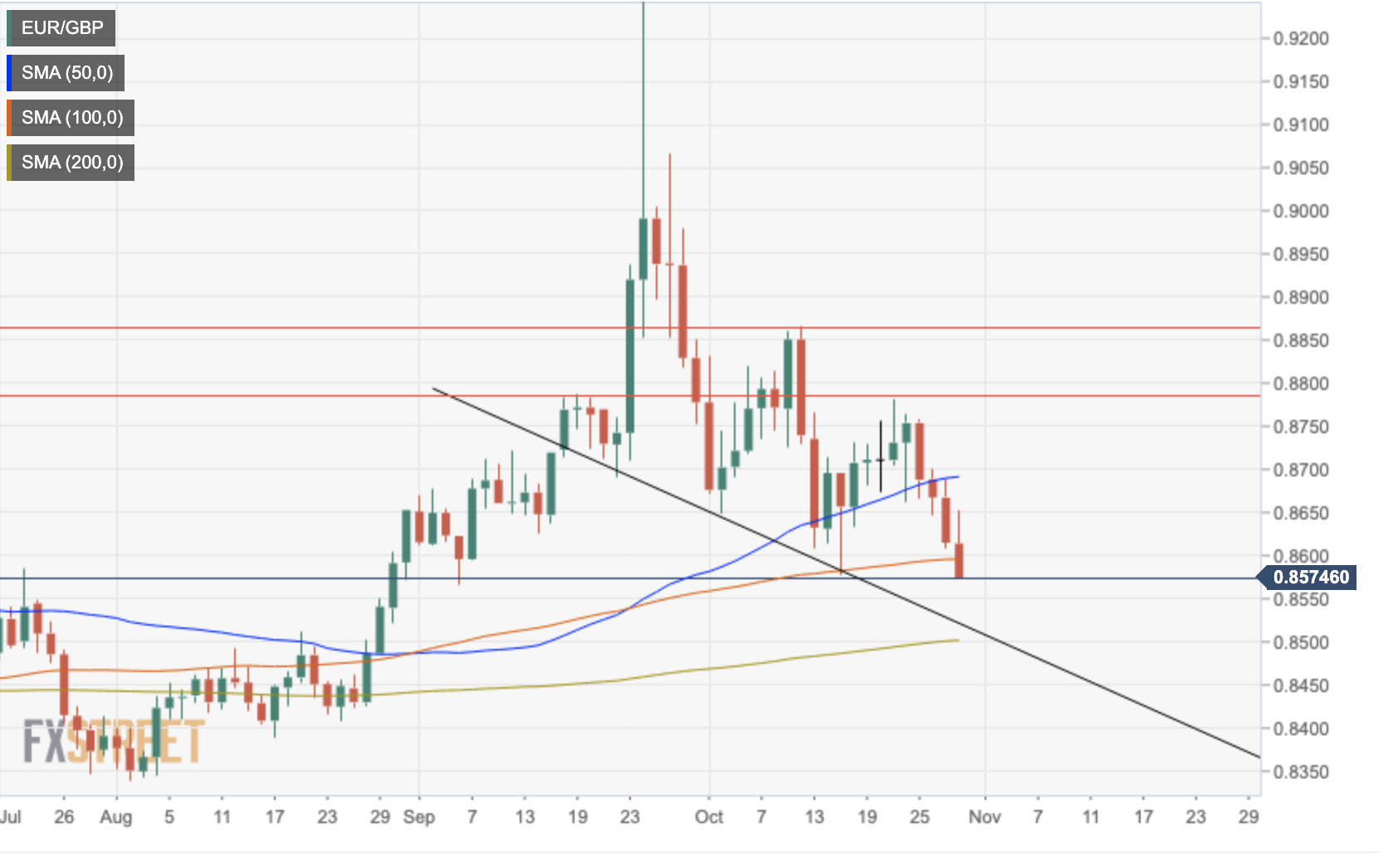 Rate of interest differentials level to the next EUR/USD – Nordea

Bitcoin Value Evaluation: This Indicator Factors that the Backside is Right here or Close...

►Collaboration: One PRIME Navigator™ 2023 And A number of PRIME Shadows™...