Italy and France kicked off the morning with Italian inflation beating expectations for October while Spanish GDP missed on both YoY and QoQ metrics keeping the euro depressed against the USD. With German GDP at 1.2% and 0.3% (see economic calendar below) respectively, the euro received a slight boost from the stronger GDP print. According to the GDP report, the countries positive performance was mainly attributed to private consumption expenditure while I believe lower energy prices may have had some upside effect on the final figure.

Later today inflation takes center stage, despite Germany looking to increase its prior read to 10.1%, the dollar may gain ascendency later this afternoon should the U.S. core PCE statistic come in as expected.

After yesterday’s ECB interest rate announcement, markets reacted in a dovish manner leaving the EUR/USD currency pair trading back below parity. ECB officials may look to change this response by making hawkish comments ahead of next week’s FOMC meeting. 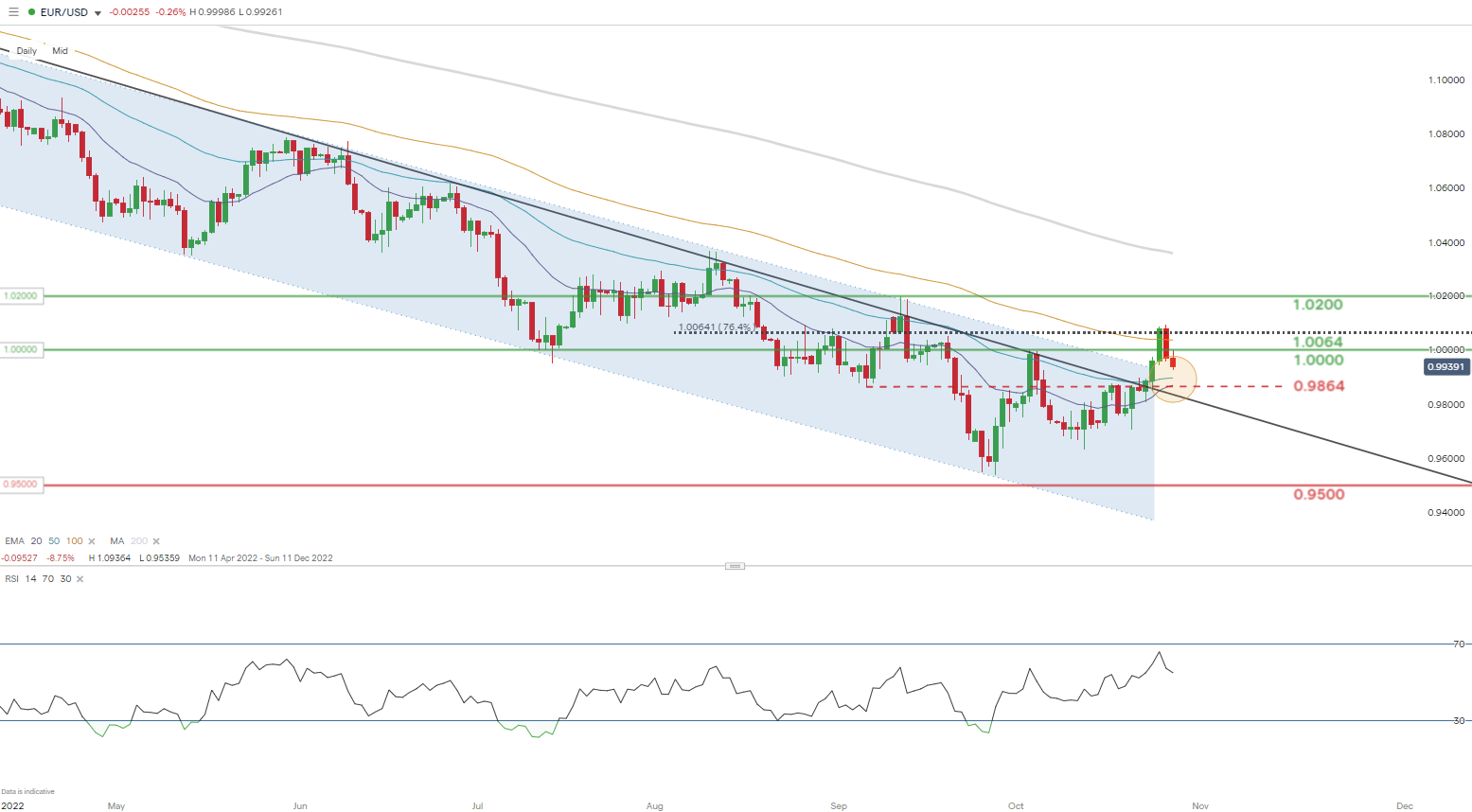 EUR/USD price action was relatively muted but marginally supportive of the euro post-release. The long-term down trending channel (blue) is still of key concern for analysts with a weekly close within the channel may limit euro upside. Next week may also see a potential bullish crossover with the 20 (purple) and 50-day (blue) EMA’s highlighted in yellow. Something to watch out for in next week’s sessions.

IGCS shows retail traders are currently LONG on EUR/USD, with 52% of traders currently holding long positions (as of this writing). At DailyFX we typically take a contrarian view to crowd sentiment but due to recent changes in long and short positioning, we favor a short-term cautious bias.

Cosmos Struggles With $17 As Worth Heads Into Distribution Part

How Weapons Made America Nice …(and Wealthy)