The GBP/USD is collapsing from 1.1200, eyeing a break below the 1.1000 figure, which was last seen in March 1985, courtesy of dismal market sentiment, spurred by worldwide central bank tightening to quell price pressures. The GBP/USD is trading at 1.0965, below its opening price by more than 2%, after hitting a daily high of 1.1273.

Given the backdrop that the Federal Reserve hiked rates by 75 bps on Wednesday and signaled that further increases are coming, investors growing fears heightened that it would hurt the company’s earnings and might tap the US economy into a recession. In the meantime, US business activity in September shrank, as reported by S&P Global, though it flashed some signs of recovering.

The S&P  Manufacturing PMI expanded more than the 51 estimates, while the Services index jumped to 49.2 but fell short of expansionary territory. Consequently, the Composite Index persisted under 49, at contractionary territory, but above calculations.

Aside from US data, in the UK, the GfK consumer confidence showed that households feel “exasperated” with the UK’s double-digit inflationary readings. The GfK index dived to a record low of -44, which was last seen in 1974.

Later, S&P Global revealed the UK PMIs for September, with the Composite Index edging down from 49.6 in August to 48.4, reigniting recessionary fears. “UK economic woes deepened in September as falling business activity indicates that the economy is likely in recession,” said Chris Williamson, a chief business economist at S&P Global.

All that said, the GBP/USD so far has extended its losses during the day, hitting the 1.0985 figure for the first time since 1985, opening the door for a retest of March’s lows at 1.0545. 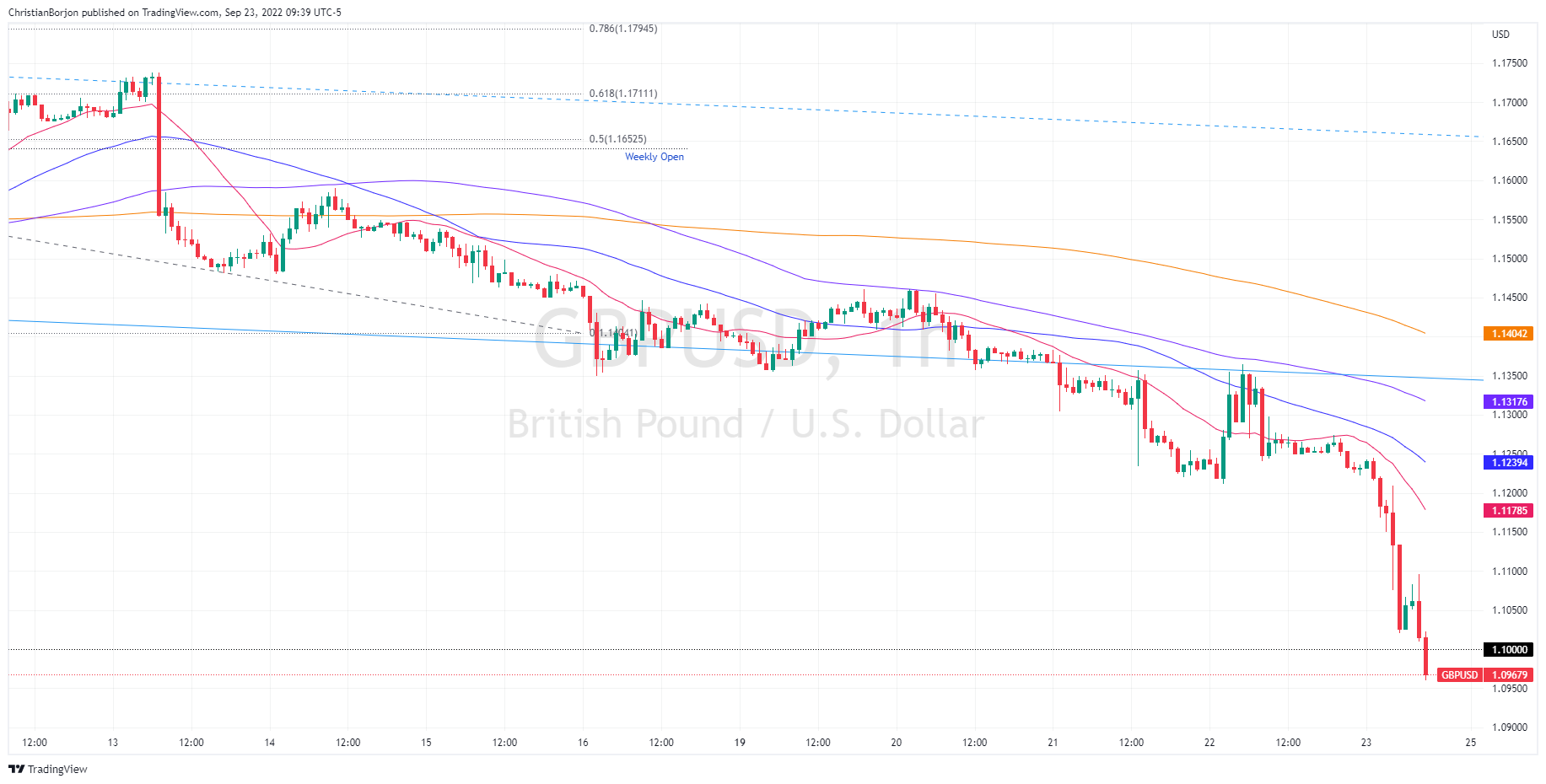 GBP/USD retreats after going through a wall of resistance in 1.2400

When to Begin Your Buying and selling Profession? You are By no means too...