The USD/CHF advances for the six-straight day, on broad US dollar strength across the board, after breaking above the 20-day EMA at 0.9532 on Thursday. During the day, the USD/CHF hit a daily low at 0.9553, before climbing towards its daily high, shy of the 0.9600 figure, before settling at current exchange rates. At the time of writing, the USD/CHF is trading at 0.9587, up by 0.29%.

From a daily chart perspective, the USD/CHF is neutral-to-upward biased. Thursday’s break above a descending channel opened the door for a move to the confluence of the 50/100-day EMAs around 0.9635-41, but firstly USD/CHF buyers will need to reclaim the 0.9600 figure on their way north.

The four-hour scale shows the USD/CHF faced solid resistance at the R1 daily pivot nearby the 0.9600 figure before dipping towards 0.9553. However, buyers re-emerged at the latter, pushing prices higher, but as the end of the week looms, a break above 0.9600 is almost impossible to achieve. 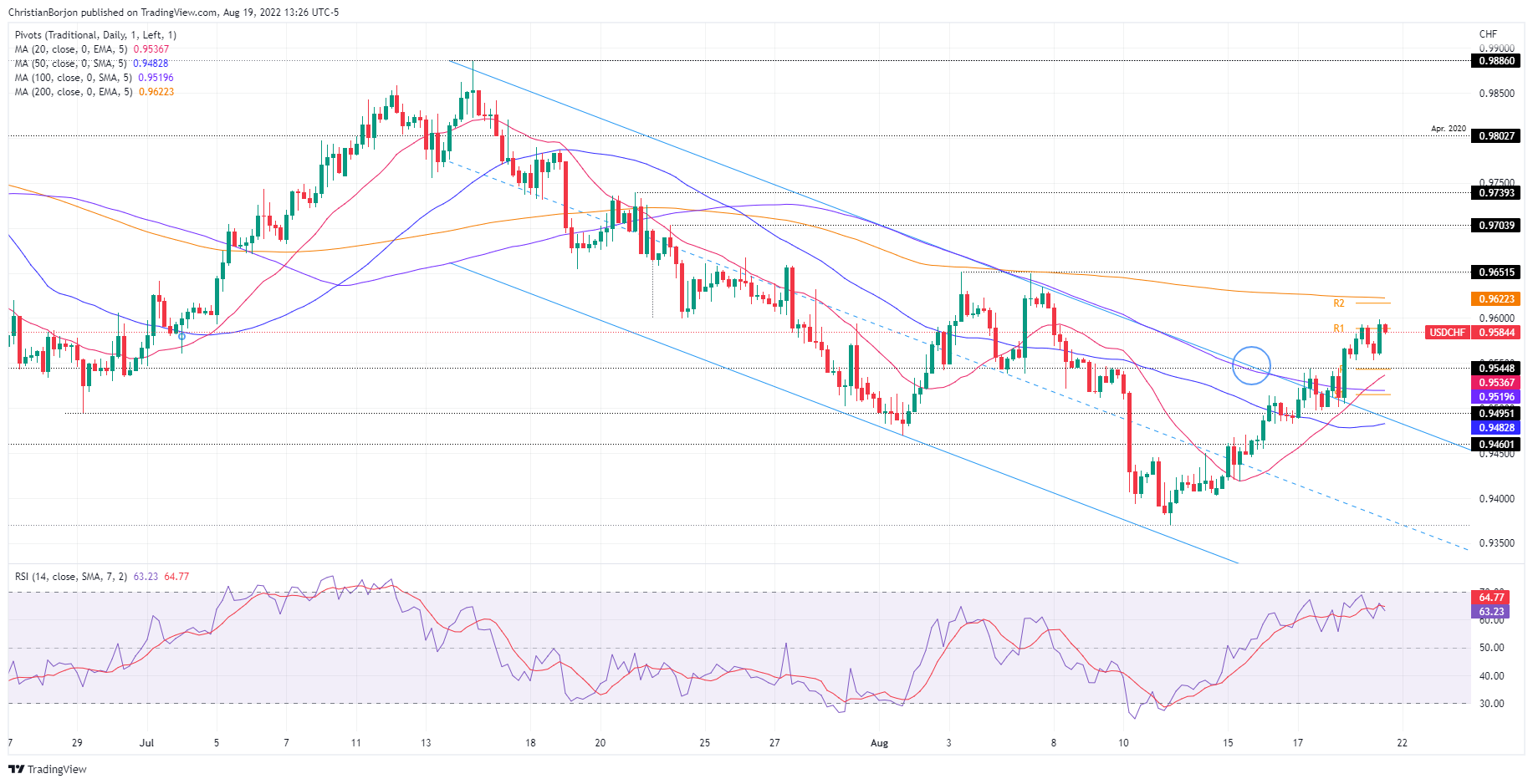 BoE to hike 75bps and pound to maneuver decrease and get near report low...