The ETHPoW fork proposal comes from the miners. It’s only logical that they want to keep Ethereum as a Proof-Of-Work chain, since all of their profit will evaporate overnight with the change to Proof-Of-Stake. The merge is supposedly only weeks away, and the Ethereum community has their hearts set on the proposed changes. Nevertheless, the miners have the right to fork the chain, and that’s where ETHPoW comes in.

Our friends at Arcane Research set the stage for ETHPoW in their The Weekly Update report:

“Last week, Chinese Ethereum miner Chandler Guo launched a campaign to hard fork the Ethereum blockchain. In the beginning, both chains would be identical, duplicating any holdings. However, although the network can be technically duplicated, the value cannot.”

A year ago, we at Bitcoinist theorized about this exact situation in an article titled “Does DeFi Make Ethereum Unforkable? Here Are The Facts.” The ETHPoW saga wasn’t even on the horizon, but we said:

“Even though it’s conceivable that some of the other projects could maintain two versions, one in each blockchain, in the case of stablecoins this is simply not possible. In the thought experiment, the authors use CENTRE’s USDC.

“USDC is a system of record for dollar-backed IOUs. Only one system of record can correspond to the real liabilities of CENTRE, and so the USDC ledger is effectively meaningless on the other chain.” 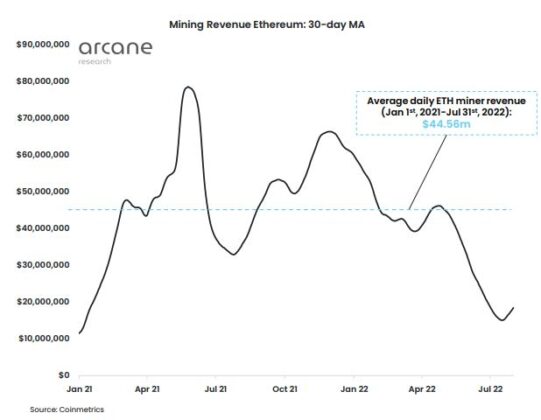 So far, Tether is yet to speak on the matter, but Centre said it will not support ETHPoW. This makes the miners case much less compelling, since as the study we cited says, “given how deeply entangled it all is, it’s incredibly challenging to extricate it quickly and safely.” Our conclusion on the thought experiment was simple, “The incentives are undeniable, “all of DeFi is forced to move together.” And it looks like DeFi will support the Proof-Of-Stake chain.

So, if there’s no way that this plan is going to work for ETH miners, why are they going through with it? Back to The Weekly Update, they pose a theory. “If stablecoins are worthless on the PoW chain, DeFi on PoW crumbles. But some exchanges will list ETHPoW, causing speculation on the asset and a race to extract as much ETHPoW from the dead ecosystem as possible.”

Is the miners’ plan that shortsighted? Or do they have an ace up their sleeves? 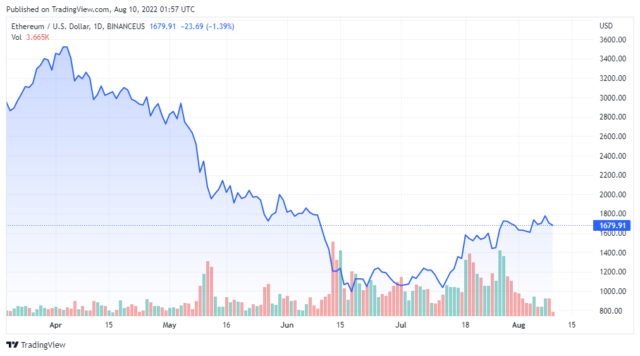 In an open letter to Ethereum miner Chandler Guo, The ETC Cooperative laid down the case against ETHPoW. And their reasoning goes into technical matters that are above most of us’ paygrade. For example:

“This time you will need to fork Geth (and probably also Erigon, Besu and Nethermind). Each of those codebases will need to have the POS transition logic removed, to have the difficulty bomb disabled and also to update the Chain ID to provide replay-protection. Mining software will likely have to be forked/updated as well, to provide support for that different Chain ID and maybe more. Unlike the client code, which is public and open source, lots of mining software is closed source, and you will need to persuade its authors to make those changes and then to support them.”

According to the ETC Cooperative, there’s simply no time left to coordinate everything that the miners would need for ETHPoW to succeed. However, is it guaranteed that the merge will happen in a few weeks? The Ethereum developer team has postponed the process several times before. Do the miners know something we don’t?

In any case, The Weekly Update poses another existential threat to the miners’ plan. Simply that, “there is no community behind ETHPoW, and interestingly, the list of ETHPoW supporters consists of either mining pools or exchanges.” The exact institutions with a clear incentive to support the fork. “No dApps or infrastructure providers have publicly supported the fork. And if everyone plans to sell ETHPoW after the Merge, it is yet to be known where the bids will come from.”

Have the miners not considered all of these scenarios? Is the ETHPoW plan a plain cash grab? And if it is, where will the cash come from? Who will buy what they’re selling? Or, is there something we’re not considering? Are there backroom meetings happening as you read this? Will the miners surprise the world?

Keep your eye on Bitcoinist for the conclusion to this fascinating story.

The right way to begin a crypto trade in a cheap method?

Why P2E Sport Improvement Is A Promising Asset For Gaming