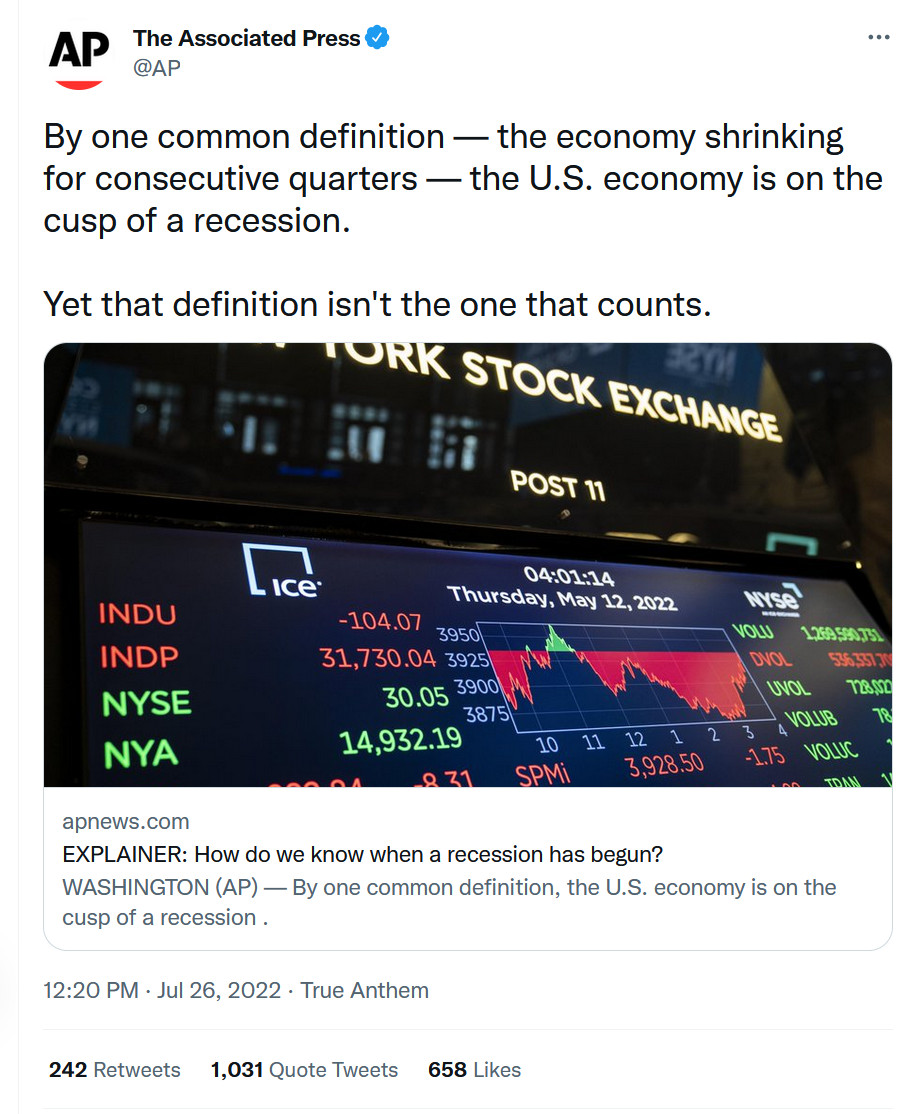 A recession is a falling-off of economic activity that may be a temporary phenomenon or could continue into a depression. A common definition is two straight quarters of economic contraction. A more official determination is made by the National Bureau of Economic Research, which considers a range of indicators in declaring a recession. The bureau’s determination is typically made well after a recession has begun and sometimes after it has ended.

And as Steve spotted earlier today: 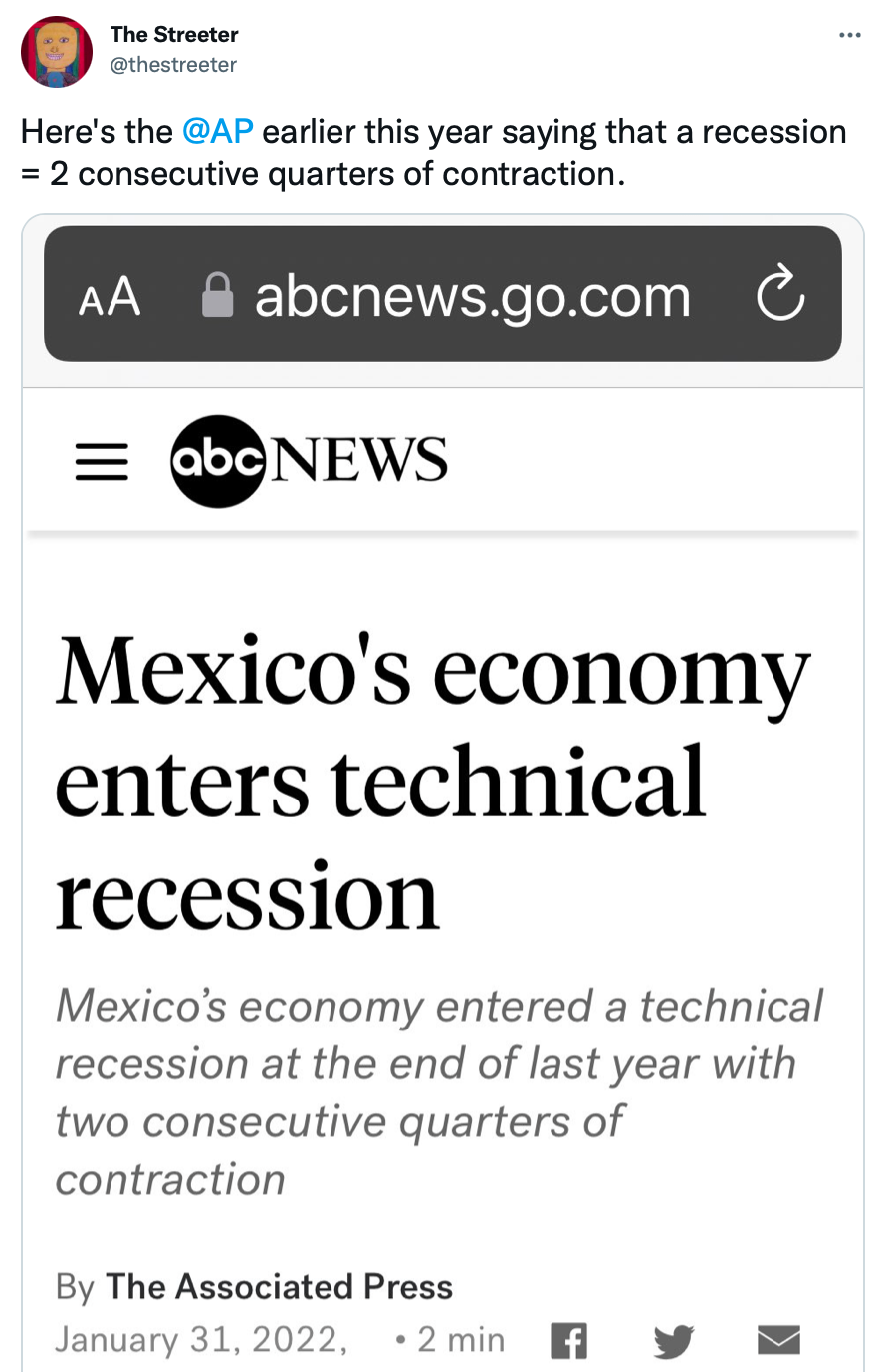 As Steve asked in his exit question, “If you ever doubted that the AP had become a government mouthpiece, do you still?”

“The party told you to reject the evidence of your eyes and ears. It was their final, most essential command.”

We are living in a George Orwell novel. pic.twitter.com/Woa3i9evNn

Bitcoin Adoption Begins On The Floor