Nasdaq (US Tech 100) Earnings and Analysis

The tech index continued its short-term ascent after streaming heavyweight Netflix confirmed nearly one million lost subscribers and the second month in a row where it witnessed negative net-subscriber growth. 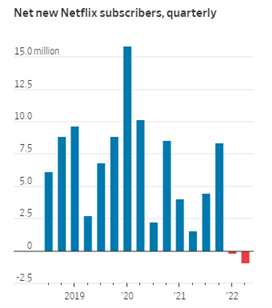 In addition, Netflix Co-chief Executive Reed Hastings mentioned that losing 970,000 paid subscribers is “less-bad” than the two million expected and that the company is well set up for the next year. Netflix plans to clamp down on password sharing as it estimates around 100 million households receive access to its services without paying a subscription – something that has been identified as an opportunity to increase the number of paid subscribers. The much talked about ad-supported subscription is also said to be introduced next year. The lower cost option caters for households experiencing higher costs of living as inflation is expected to remain elevated for the medium term.

Nasdaq price action attempts to build on recent gains, supported by a lower US dollar and a general easing of global recession concerns – lifting risky assets. The 12,250 level comes into play as a significant level of resistance as it has capped prior attempts to trade higher. This time around, prices have printed higher lows before the most recent advance, hinting at a potential break above the key level should we see a sizeable catalyst. The latest advance places price above the midline of the longer-term descending channel (blue dotted line) – an area that failed to hold previously.

Trendline support provides the nearest level of support followed by 11,540 and 10,945. 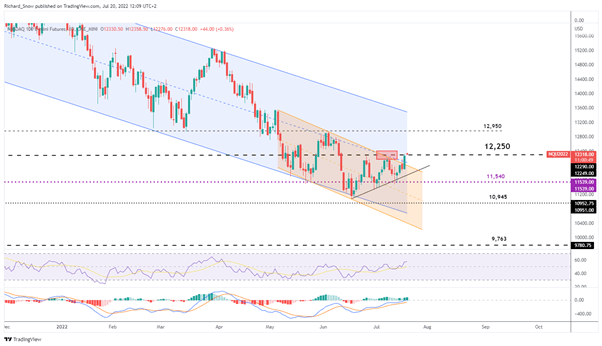 Tesla will report Q2 earnings after the US market close today and is hoping to put an end to selling pressure that has dominated most of 2022. The car maker mentioned earlier this year that it will need to trim its salary bill and floated the idea that it could reduce its prices due to surging inflation – a move that if implemented could squeeze profit margins.

However, analysts appear optimistic on the stock with 25 buy readings, 10 sells and 9 holds. 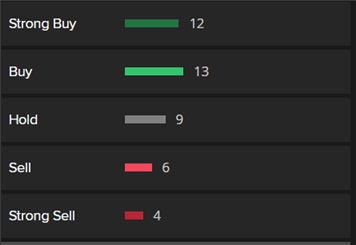 The Tesla chart shows signs of consolidation ahead of the release as price action trades sideways in what appears to be a symmetrical triangle. Bulls will be eying the prior high around $792 if earnings surprise to the upside without any ominous warnings about Q3 forecasts. Support appears via the ascending trendline before the low of $623 comes into play.

While price action has cooled-off somewhat, the MACD indicator suggest that upward momentum is building as the MACD and signal lines appear to move above the zero line. Find out more about the MACD indicator and how to use it in your analysis. 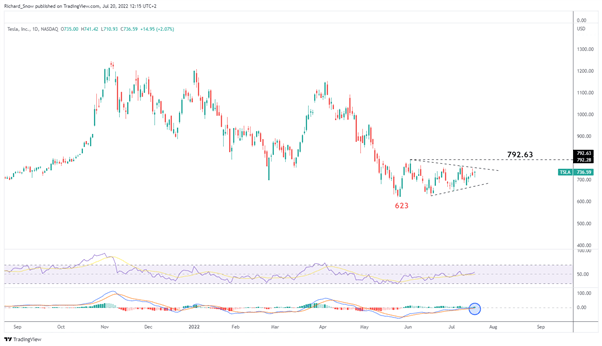 Solana Worth Falls Under $14 – Gloomy Week For The Ecosystem?