In this edition of Central Bank Watch, we’ll cover the two major central banks in Europe: the Bank of England and the European Central Bank. Both the Eurozone and the UK are contending with multi-decade highs in inflation rates and sluggish growth prospects. But an important differentiating factor is that the ECB is worried about fragmentation of sovereign bond markets, while the BOE has more responsibility on its shoulders while the UK government is dealing with turmoil following the resignation of UK Prime Minister Boris Johnson.

The British Pound’s rebound in recent days has coincided with a further advance in BOE rate hike odds. But the shift higher in BOE expectations seems to have little to do with the June UK inflation report, which showed fresh 40-year highs in price pressures. Instead, comments earlier this week by BOE Governor Andrew Bailey signaling preference for a 50-bps rate hike in August appears to be the catalyst. As it were, rates markets are now their most aggressive they’ve been all year in terms of BOE hike odds. 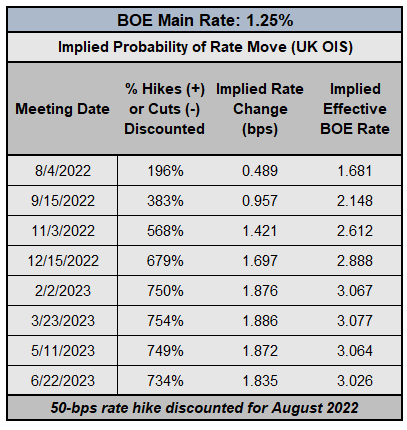 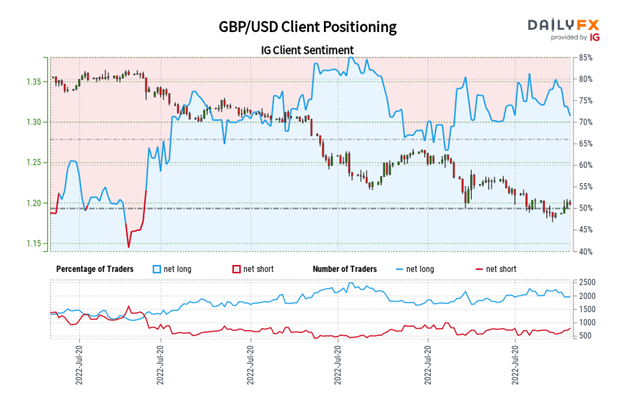 We typically take a contrarian view to crowd sentiment, and the fact traders are net-long suggests GBP/USD prices may continue to fall.

Yet traders are less net-long than yesterday and compared with last week. Recent changes in sentiment warn that the current GBP/USD price trend may soon reverse higher despite the fact traders remain net-long.

The Most Important Meeting of the Month

While next week’s Federal Reserve policy meeting will garner a great deal of interest, there is perhaps no central bank rate decision more important that the ECB’s on Thursday, July 21. Reuters reports that the ECB’s Governing Council is weighing a 50-bps rate hike as it seeks to tame multi-decade highs in inflation rates, all the while unveiling a new tool aimed at preventing fragmentation of sovereign bond markets (i.e. to prevent peripheral debt yields from widening out relative to their core counterparts). The devil is in the details, as they say, and without concrete steps taken to prevent the next wave of the Eurozone debt crisis, the Euro’s gains in recent days may prove short-lived. 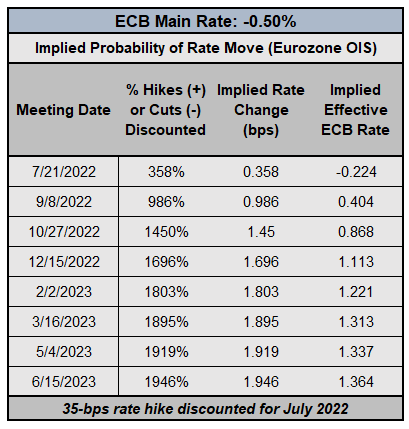 Eurozone OIS are now pricing in a 35-bps rate hike in July (358% chance of a 10-bps rate hike), slightly below what news reports have been suggesting in recent days. But there are effectively 100-bps discounted over the next two meetings, which means we’ll probably see two 50-bps rate hikes in July and September, or a 25-bps rate hike in July and a 75-bps rate hike in September. €STR, which replaced EONIA, is now priced for 170-bps more hikes through the end of 2022, up from 156-bps in mid-June. The expectations gap between the ECB and other major central banks is closing, and as long as it remains closed, the Euro may not experience more significant downside barring the Eurozone debt crisis roaring back. 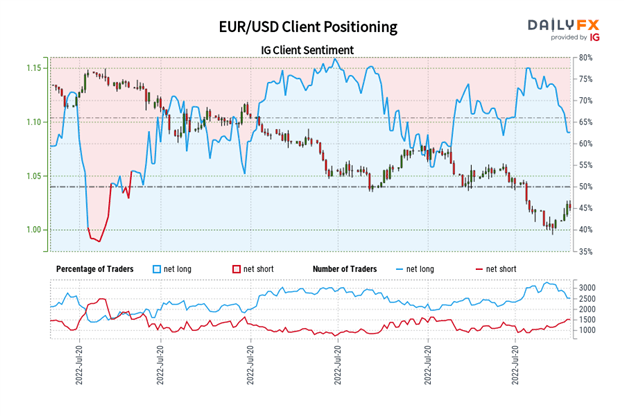 Positioning is more net-long than yesterday but less net-long from last week. The combination of current sentiment and recent changes gives us a further mixed EUR/USD trading bias. FTSE100 and DAX stay in a bearish sequence