AUD/USD carves a series of higher highs and lows as it extends the rebound from the yearly low (0.6681), and the exchange rate appears to be on track to test the 50-Day SMA (0.6971) as it clears the opening range for July.

AUD/USD appears to have reversed course after failing to test the June 2020 low (0.6648), and the commodity bloc currencies may stage a larger recovery ahead of the Federal Reserve interest rate decision on July 27 amid waning expectations for a 100bp rate hike. 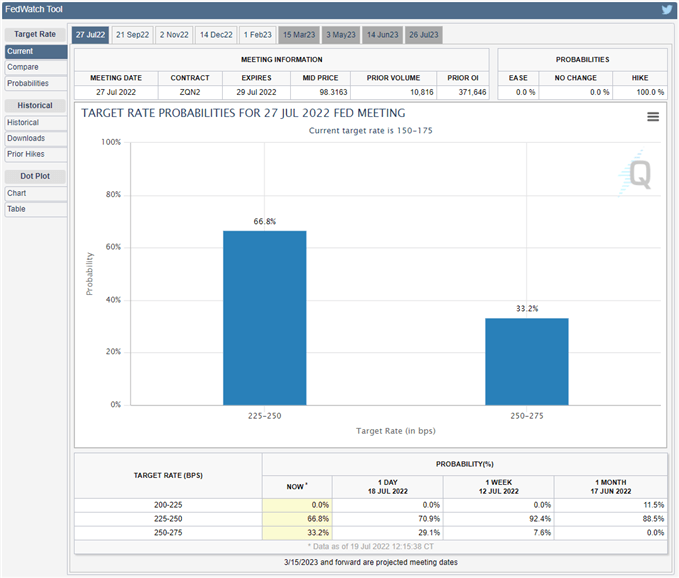 The CME FedWatch Tool suggests the Federal Open Market Committee (FOMC) will retain its current approach in normalizing monetary policy a the gauge now reflects a greater than 60% probability for a 75bp rate hike later this month, and it remains to be seen if Chairman Jerome Powell and Co. will adjust the forward guidance for monetary policy as a growing number of Fed officials show a greater willingness to implement a restrictive policy.

Until then, AUD/USD may attempt to test the 50-Day SMA (0.6971) as it carves a series of higher highs and lows, but the advance from the yearly low (0.6681) may turn out to be a correction in the broader trend as the moving average continues to reflect a negative slope.

In turn, AUD/USD may mirror the price action seen during the previous month as it failed to hold above the moving average, and a larger rebound in the exchange rate may lead to a flip in retail sentiment like the behavior seen earlier this year. 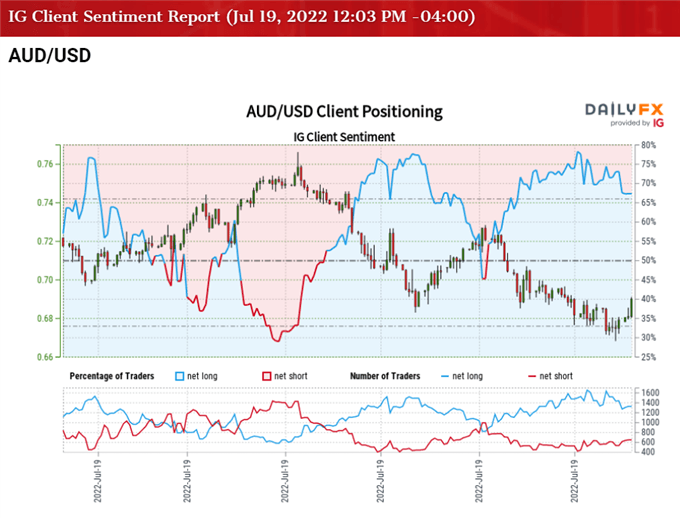 The IG Client Sentiment report shows 59.11% of traders are currently net-long AUD/USD, with the ratio of traders long to short standing at 1.45 to 1.

With that said, recent price action raises the scope for a larger rebound in AUD/USD as it extends the series of higher highs and lows from the yearly low (0.6681), and the exchange rate may attempt to test the 50-Day SMA (0.6971) as it clears the opening range for July. 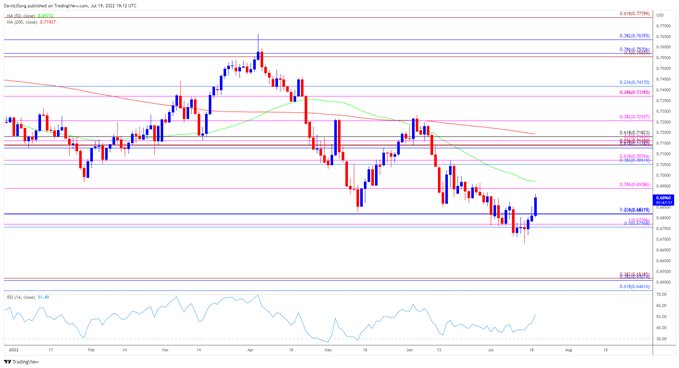 Clarence Thomas, Constant Goal Of The Left, Explains ‘Proper Is Nonetheless Proper Even If...

Inflation Gone In November? US Producer Costs High Estimates At 7.4%...

The blockchain trilemma: Can it ever be tackled?