The USD/CHF dives after reaching a weekly high on Thursday, around 0.9900, and plunges towards the 0.9770s region on upbeat US data, which pared expectations of a Federal Reserve larger-than-expected rate hike, which was cheered by investors, as reflected by global equities rising.

The USD/CHF daily chart shows that it is still favoring longs. The ongoing pullback from weekly highs near 0.9900 could be capped around the 50-day moving average (DMA) at 0.9735, though the Relative Strength Index (RSI) at 56.03 keeps pushing lower, which means that sellers might be eyeing the 50% Fibonacci retracement at around 0.9690, looking forward for an RSI’s uptick, that could give buyers a go, to re-enter USD/CHF longs. 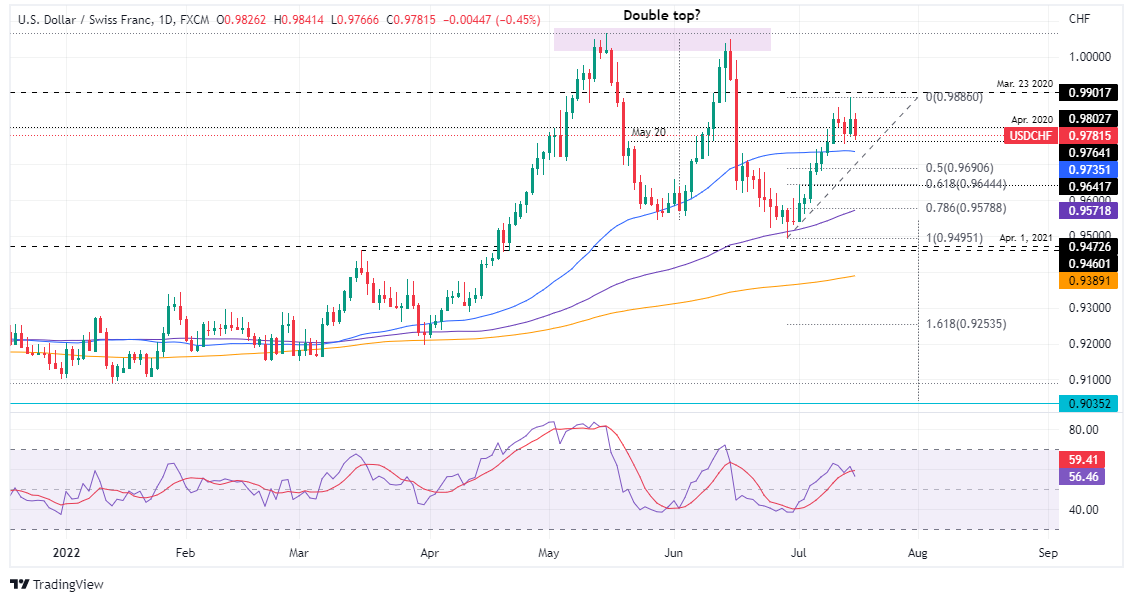 DEVELOPING: Elon Musk to Launch ‘Episode 2 of Twitter Information’ As we speak