What follows is a hypothetical conversation between two fictional investment professionals, US-based Bob Smith and his colleague Sandra Mueller, who works in Frankfurt.

Bob Smith: Hi Sandra. How are You?

Sandra Mueller: Hi Bob. Good, thank you. All is well here in Germany.

The last time we spoke, we started to discuss international equity investing from a US perspective. The world has certainly changed and continues to, and there are definitely pros and cons to consider. So, I’ve done some research and analysis that I’d like to share with you.

Excellent. I’ve done some too.

What have you come up with?

So I looked at the S&P 500 for US equities and at the MSCI EAFE and Emerging Market (EM) indices. I chose those two rather than the MSCI ACWI ex US in order to get a more nuanced view of the international scene. The period I focused on is 1988 to 2020, which I think captures a lot.

And what did you find?

Well, starting with returns, as we all know, the United States has done really well over the last 10 years. Prior to that, the results were mixed, but over the long term, the S&P has won the race, beating emerging markets and destroying the EAFE index.

The chart below shows the cumulative performance over the period.

Yes, the S&P has had a great run, while emerging markets and EAFE have gone nowhere over the last decade. In fact, EAFE’s performance has been really disappointing for a long time now.

But return is only part of the overall picture, so as agreed, I analyzed risk and correlations. If the case for international investing looks poor on a returns basis, it gets even worse when you bring risk into the equation. I calculated the standard deviations of returns for the 1990s, 2000s, and 2010s and plotted them with returns for the three indices.

Here’s what I got:

As you noted, the United States has had better returns. But it has also had less risk. It’s “win-win” as you guys say. And as we discussed last time, correlations have increased over time, limiting the benefits of diversification. Correlations were about 0.55 for both EAFE and EM in the 1990s, but have now increased to about 0.85 for EAFE and 0.75 for EM in the last decade.

So, is this what they refer to when they say “diworsification”?

Talking about diversification, I plotted the monthly returns of the three indices for the 33-year period. I think when people talk about diversification, they are really concerned with their foreign allocations protecting them when US returns are negative. So the chart below plots 396 months each for the S&P 500 and MSCI EAFE index on the one hand and for the S&P 500 and MSCI EM index on the other.

I don’t think anyone is too concerned when both US and foreign investments perform positively or even when one has positive returns and the other negative. I guess that’s what diversification is all about. But it’s a different matter when they both perform badly.

See the “disappointment” quadrant in the chart below. Over the 33 years, the S&P had 143 losing months, 36% of the total. The EAFE index also happened to lose in 55 of those months and the EM index in 53. The average loss for the S&P was 3.5%, but the average for EAFE was 4.3% and EM was 4.5%, contributing to the investor’s disappointment.

Based on the evidence you’d have to say that it isn’t looking good for investing outside the United States. Maybe you should keep all your money at home, Bob.

I know. You would think so. Have you ever heard of “Acres of Diamonds,” the speech by Russell Conwell, the founder of Temple University? Conwell recalls a parable that teaches there are plenty of diamonds in your own backyard and you don’t have to go further afield to search for them, potentially in vain. Seems to make sense with the big tech world-beaters that we have here in the United States.

True. But remember: This is all water under the bridge. We always need to look to the future. And even though the United States accounts for almost 60% of world equity markets, there’s another 40% out there.

And the United States is only a quarter of world GDP and has only 4% of the world’s population. Other parts of the globe have much higher growth and there is lots of innovation in artificial intelligence and electric vehicles and so forth elsewhere. Don’t you want to be a part of that?

I hear you. I guess we never know what’s going to happen. We should lean toward investing in all of the world all of the time and at least have a small allocation to international markets.

Exactly! The bottom line is that while international, developed, and emerging markets have delivered less returns at more risk and at higher correlations, as prudent investors we need to keep our faith in diversification because no one knows what tomorrow holds. 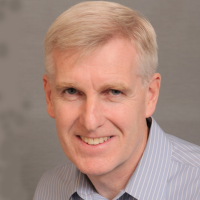 Brendan O Connell, CFA, is a financial advisor at Vanguard. Previously he worked at The Atlantic Philanthropies, a private foundation. He has a bachelor’s degree in commerce from University College Cork. Meme Them Till They Cry – Funding Watch Why precisely did Hunter Biden get $3.5 million from the richest lady in Russia with ties to the Kremlin? If Donald Trump Jr. obtained... This man is destroying SBF proper in his face…

Lauren Boebert Will get Hammered by Denver Submit Op-Ed

All Eyes Are On The Shopper Worth Index

Hurricane Ian To Unleash Up To $70 Billion In Losses, Insurance coverage Market Devastation...

Kyrsten Sinema Bails on the Democrat Social gathering – Switches to...