The EUR/USD is trading at 1.0182, having hit a fresh 20-year low at 1.0071 during the European session, though recovered after the release of the US Nonfarm Payrolls report, bouncing off late towards daily highs near 1.0190, before losing steam and settling at around current levels.

Earlier in the North American session, the US Department of Labour reported that June’s Nonfarm Payrolls added 372K jobs to the economy, exceeding estimations of 268K. Average Hourly Earnings, and an indication of a wage-price spiral, remained contained at 5.1% YoY, above estimates, while the Unemployment rate prevailed unchanged at 3.6%. At the same time Fed speakers, namely Waller, Bullard, Bostic, and Williams, reiterated the case for a 75 bps rate hike to the Federal funds rate (FFR), while downplaying recession fears.

On the Eurozone side, ECB speakers remain vocal about hiking rates this month, and the consensus remained around a 25 bps rate hike. However, a 50 bps could be in play, but it is not the case scenario, as mentioned on its June minutes. Despite all that, the EU’s ongoing energy crisis hit the shared currency hard during the week, as the EUR/USD weekly chart illustrates the major is losing 2.47% in the week

Therefore, the EUR/USD path of least resistance is tilted to the downside, and a parity test is on the cards.

The EUR/USD daily chart indicates that sellers are in control, despite buyers’ effort to hold the fort around 1.0100. As the New York session waned, they achieved their task so far. However, oscillators like the Relative Strength Index (RS) exited oversold conditions, meaning sellers might be taking a breather before exerting additional pressure to drag prices lower. 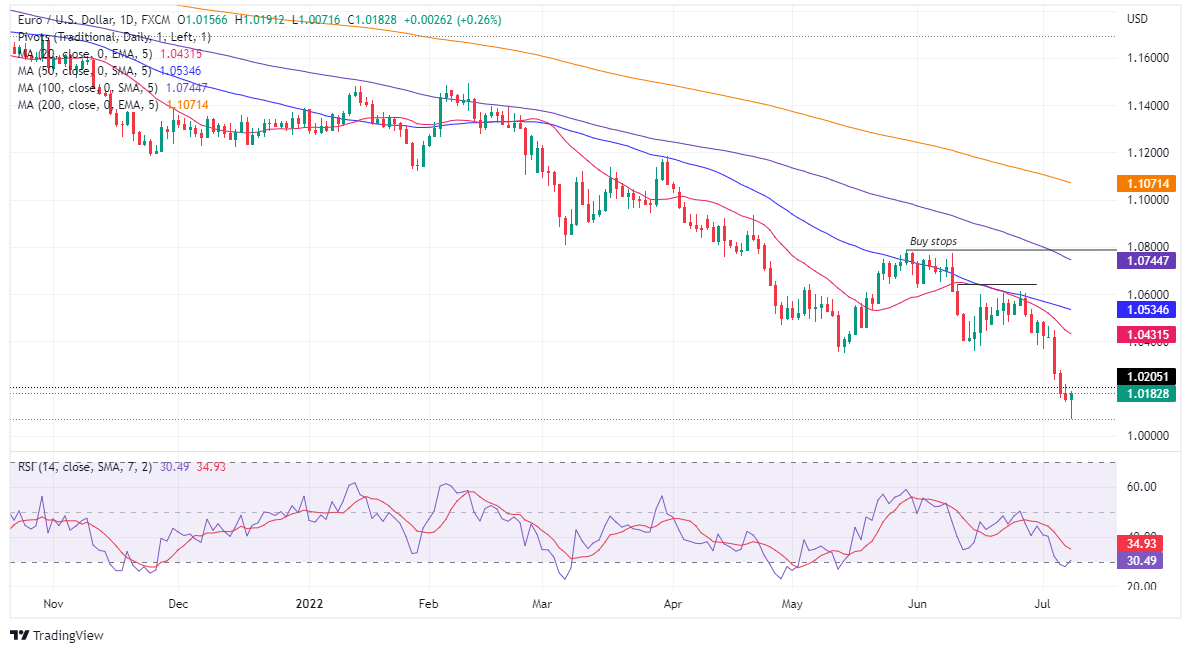 CNN Travels to Overseas Land of Wyoming to Ask Voters if They Assist Depraved...

This man is destroying SBF proper in his face…